Last weekend was held a traditional U15 New Year’s tournament in memory of our celebrated basketball coach Borislav Reba Ćorković. Top clubs from Belgrade took participations on this tournament: Crvena Zvezda, Partizan, Mega Bemax and Vizura. We had chance to see some of the best prospects in 2004 generation competing against each other. 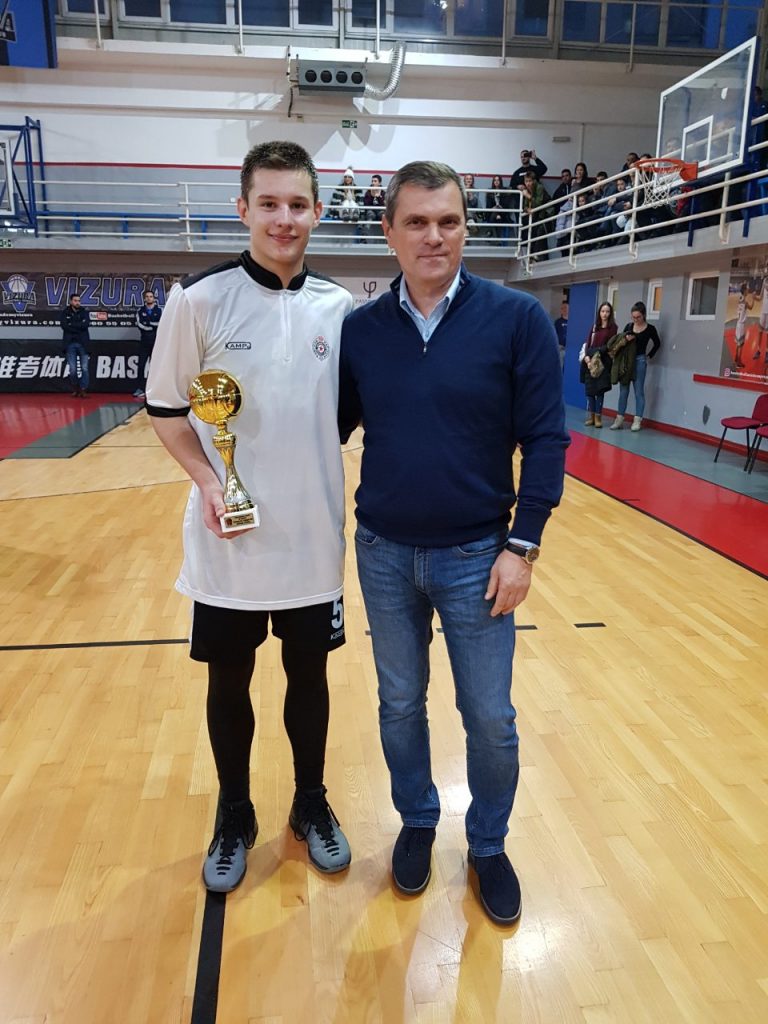 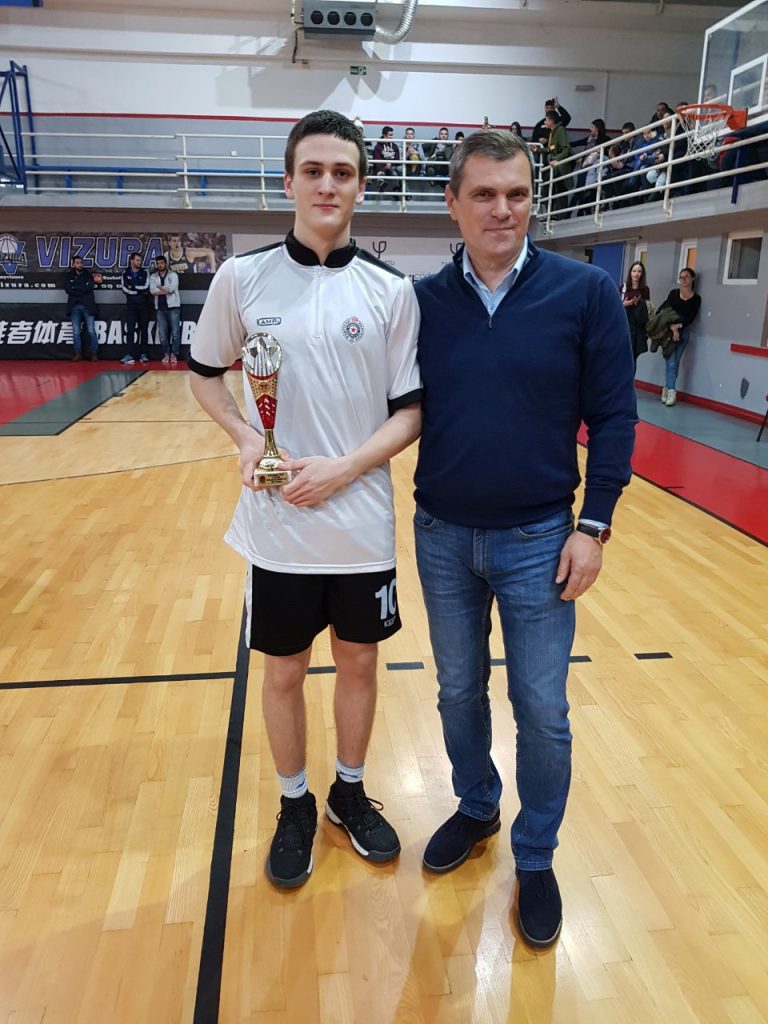 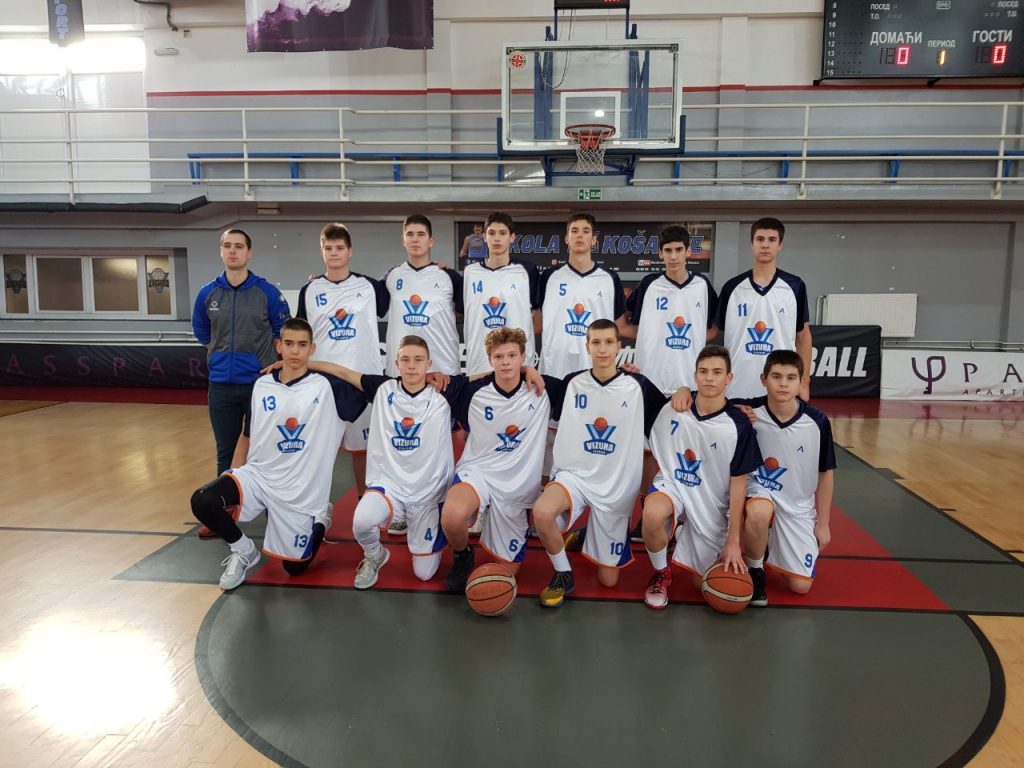 Vizura took a fourth place on this tournament. In first game they beat Partizan, then in last two lost against Crvena Zvezda and Banjica Mega. Very good and composed team. Two players lead this team. First is Luka Ivanjac (#4 – 170cm) maybe the smallest guy on the court but with biggest heart. Very quick and explosive PG is the true floor general. He led his team in big win vs Partizan with 7 threes. Second one is Marko Krstić (#5 – 197cm) this forward is one of the biggest prospects in 2004 generation. Great size and lenght combined with good athletic ability makes him very hard to stop. He play very good around the rim and he has very good shoot from outside so he is very versatile player. Big roles in this team also have Luka Vudragović a very good spot up shooter, Srđan Kostić (#7- 183cm) another PG who brings a lot pace changes to his team and Đorđe Lazarević (#11 – 193cm) who bring a energy to his team and does a lot of small important stuff for his team and presents a defense anchor to Vizara team. 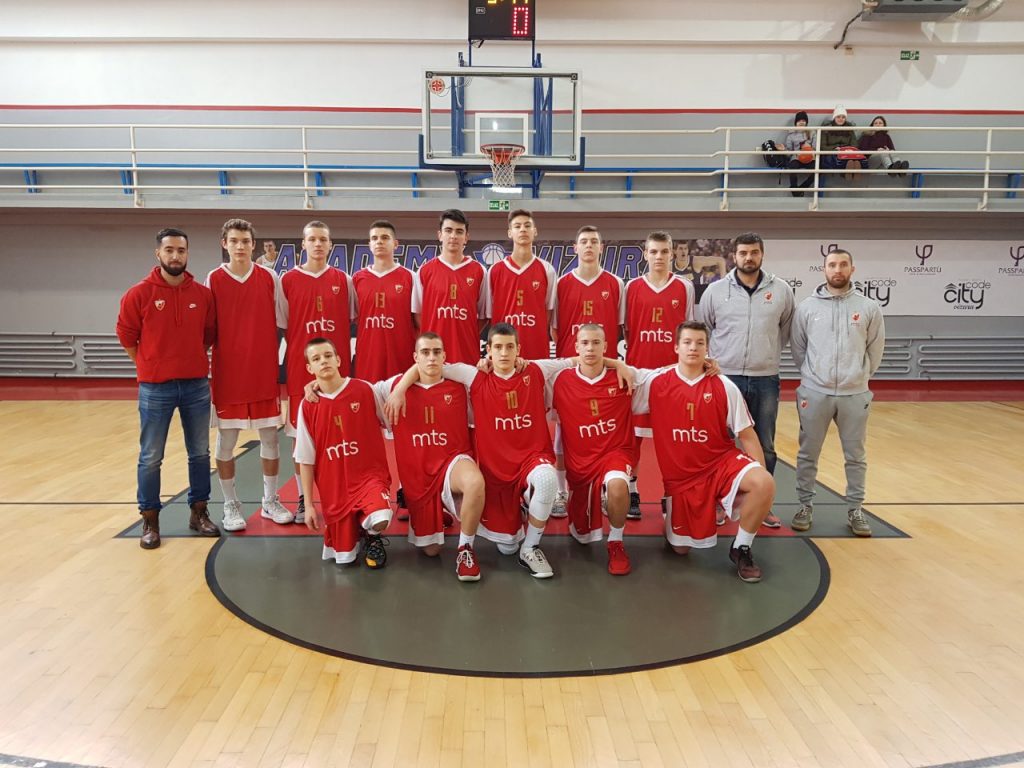 Red Star opened the tournament with a close defeat from Banjica Mega. On the second day, Zvezda improved the impression with a good game and a convincing win on Vizura, and the last day they lost the last day in an exciting and hard game from Partizan, which was in the end sufficient for the third place. Filip Radaković (#6 – 192cm) and Vladimir Pavlović (#9 – 183cm) lead this team. Radaković played a great game in the match with Vizura. Whenever Zvezda needed a basket, he always found a solution. A very versatile player. He can attack face to face, and can also go down and play back to the basket when guarded by a smaller opponent. He is also a very good shooter but shot didn’t served him well on this tournament. Montenegrin PG Pavlovic is the player from whom everything starts and whom with with extremely quick first step creates a advantage in offense. In the last game, he led Zvezda and, with his great drivings ability he gave a lot of trouble to Partizan, but he could make it alone. Aleksa Milošević (#10 -184cm) and Dimitrije Kostić (#7 -185cm) also played a very good tournament, especially in the defense. They were mostly in charge of guarding the best players of the opposing teams and they did it prety well during the whole tournament. It is worth mentioning the excellent Viktor Matić (#13 -194cm) who with his excellent offensive rebounds brought some very important points around the rim to Zvezda, and of course a year younger Lazar Gačić (#5 -200cm) who played his role in the team and was very an important factor in the victory over Vizura. 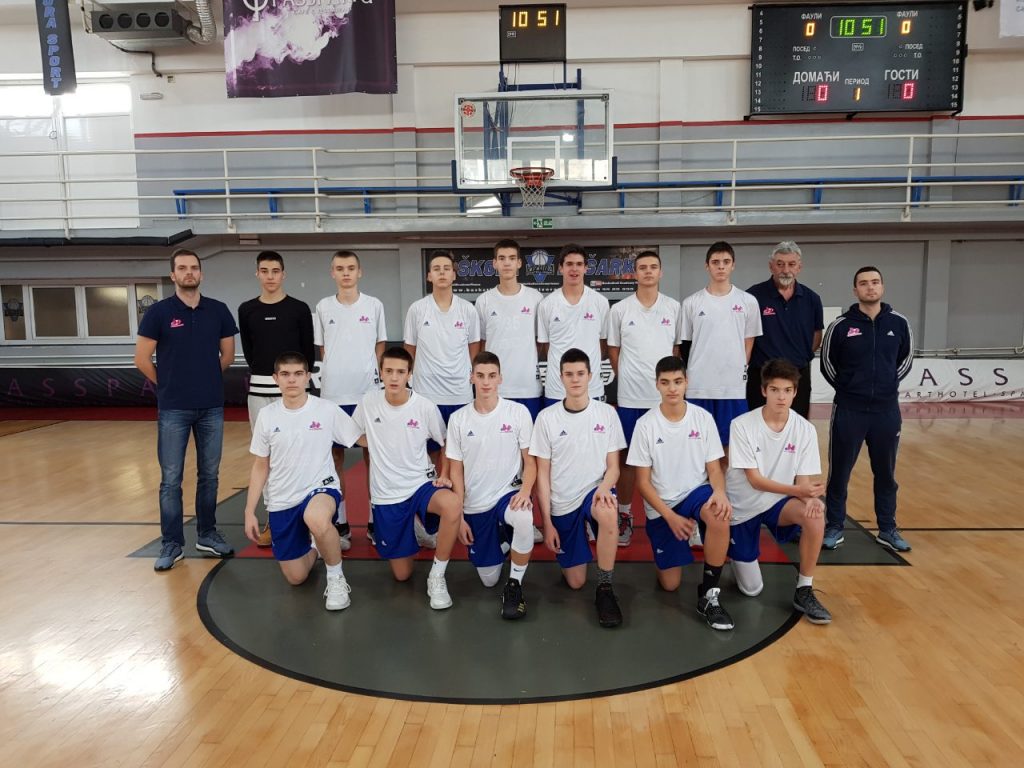 Banjica Mega generally played a very good tournament except against the Partizan when they lost, and they played really good games against Vizura and Crvena Zvezda and deservedly won the second place. Banjica Mega is a very talented team with a lot of interesting players, but definitely one stands out, and it’s Nikola Đurišić (#11 -196cm). His primary position is forward, but it also works well in other positions. Often he was in the point guard, he also gets down on a low post and played back to baskets. It’s very hard to guard him, he can score on many ways. Has the ability to start the fast break and make some coast to coasts. He has a good shot, but he has to work on his shot selection, he took too many irrationall shots. Next to him, Sergej Jeremić (#0 -185cm) played a very good tournament. A quick and explosive playmaker, very dangerous on an open court where, thanks to his speed, a great change of directions easly drives by the opponent and comes to the basket. He has a solid shot, in this tournament he made some very improtan threes for his team. Nikola Đapa (#35 -199cm) is a very interesting player. He has has very soft around the rim and a very good shot with distance. He operates very well in the paint and has smart decisions, but he is still too weak and he can’t stand the contact. Andrej Paunović (#9 -191cm) is a very important piece on the team. He gives certain security in the team with his points under the basket and a very good defense. Petar Avlijaš (#12 -185cm) a year younger than the competition, but he is very good at dealing with them. Still inexperienced in certain moments, but it makes an important contribution to his team. 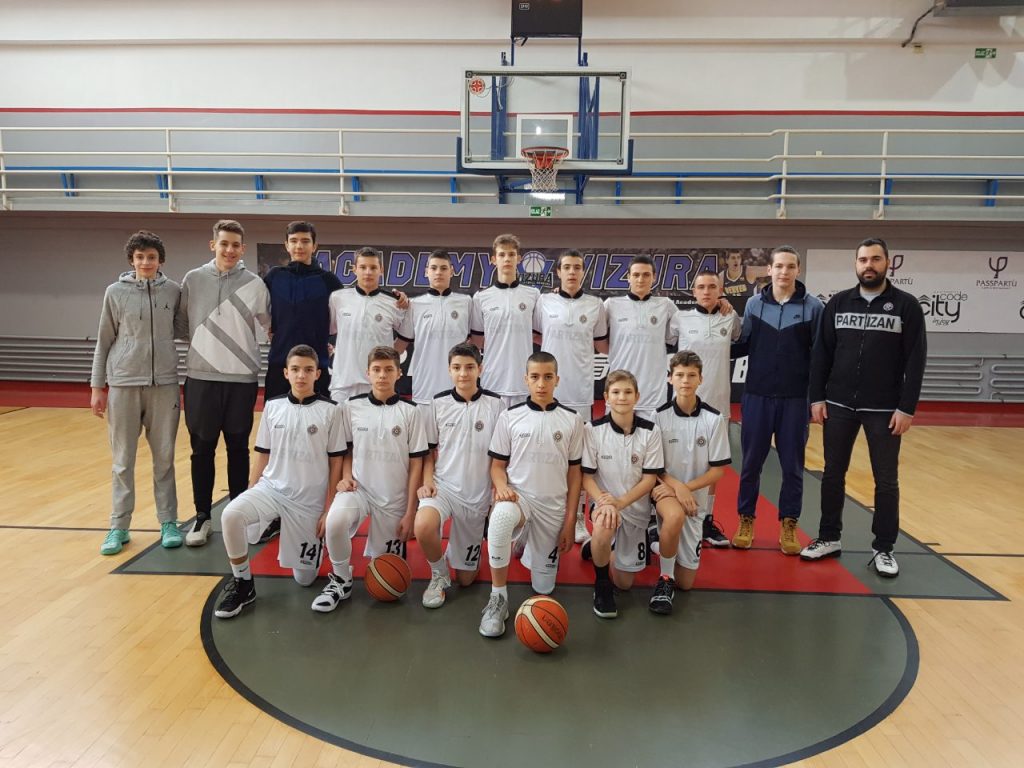 Partizan poorly opens a tournament with a pretty bad game and a defeat from Vizura. The second day was already the better picture, they starts the game with much more energy and convincingly won, and finaly on the last day in very hard game they managed to come to victory and deservedly won the tournament. Smallest team on the tournament, but it’s not everything in height. A very compact team with clearly divided roles, where everyone knows their roles. The team is led by Ilija Milijašević (#5 -186cm) the best scorer of the tournament with 91 points in three games. An excellent playmaker with a much higher level of maturity compared to his peers.  Smart, reads the defense, draws attention and passes to open teammates. Beside leading the offense, he was also very important in the defense where he stopped the best players from opposing teams. It must work on his shot selection and decision making. Luka Divjak (#10 -186cm) MVP of the final match. He didn’t start this tournament so good with poor performances against Vizura and Mega, but against Crvena Zvezda he was great. He grabed every possible rebound under his basket, even he is much smaller than his opponent, and scored some very important points when it was important. Right now the player with best athletic abilities. An incredible speed and jumping ability make him very hard to guard. An extremely important player in the team is Nemanja Šarenac (#7 -185cm) very talented player. Together with Milijasevic, he leads this team. First of all, he is a very good shooter. He can score from various positions on the court. He has a very good first step where blow by defenders, but he is still quite thin and weak, and therefore he strugles in  finishing through contact. Other players in the team also, every in their own way, had a great contribution to winning this trophy.