New U19 Roda JLS season is ahead of us. Best teams from U19 category in Serbia will take a part in this league. We will have chance to see 12 teams from 7 cities with a lot of talented players competing against each others. We decided to give you a litlle preview of the Roda JLS 2019/2020 season so that you can have a better inside look of teams and players. 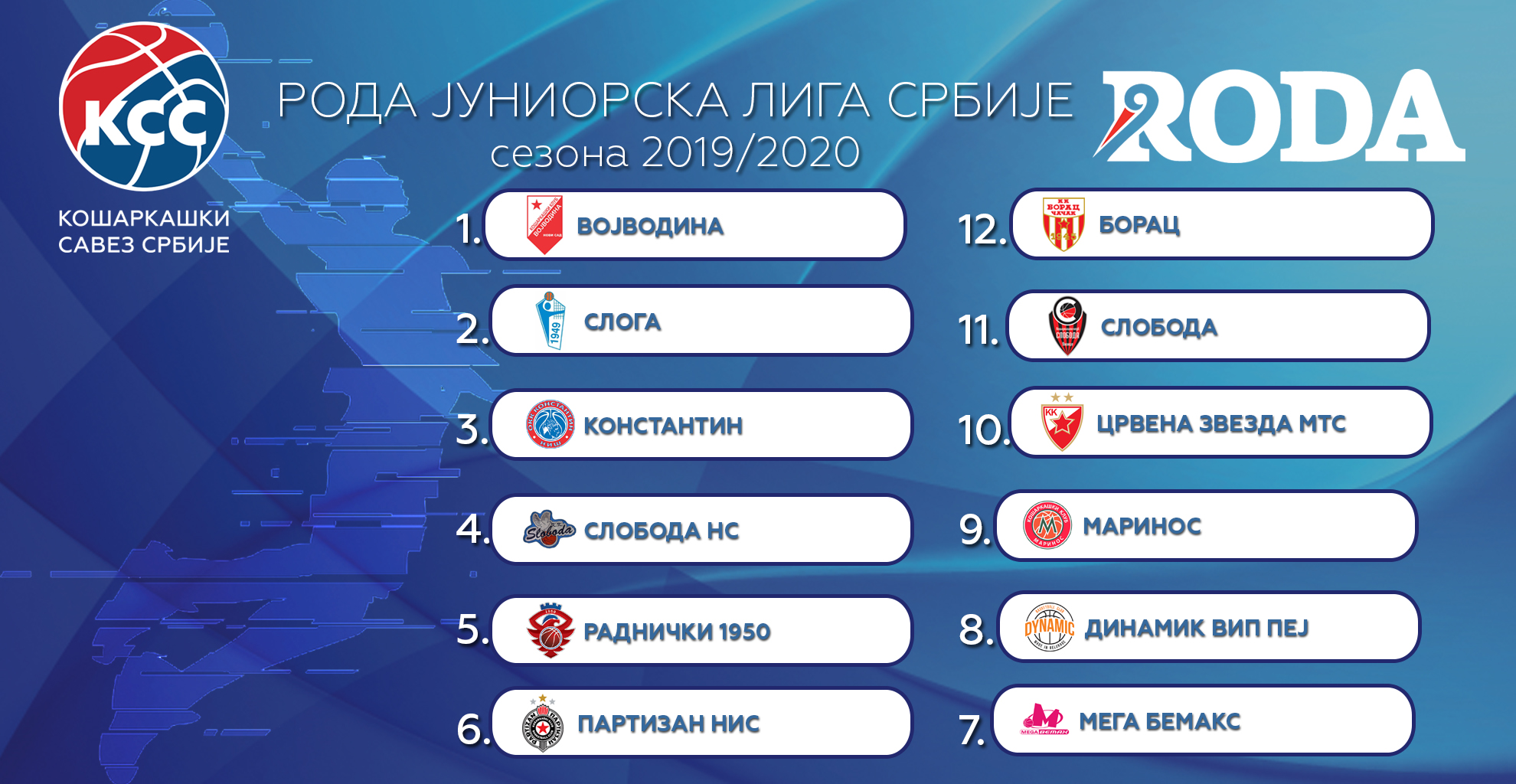 Kumović will be making his debut in Roda JLS. Last season he led Vojvodina to the U17 RKS KSS title where he was named a MVP of the tournament. Listed at 197cm 2002-born player can cover multiple positions from SG to PF thanks to his size, strenght and athleticism. Kumović along with few more juniors in Vojvodina team will be playing KLS for senior team too which will mean a lot for them in gaining priceless experience and will help them for sure in making better results in Roda JLS.

Tomić will be appearing in his second Roda JLS season as he had minor role in Sloga team as two year younger averaging 5.8 pts, 3.8 reb and 0.8 blk. This season he still will be underage but he is definetely of the most interesting talent in this Sloga team. Stand at 204cm tall has great size and length and can cover both inside positions. Runs the floor well with great agility and plays well within offense. He came last year to Sloga from Paracin and was one of the most pleasent suprises in Triglav KLS last season. This season he should bring much needed size, lenght and presence in the paint on defense and also to provide points around the rim for Sloga.

Second season in Roda JLS for Stevanović. Last season he was one of the most constant players in Konstantin team averaging 5.2 pts, 4.0 reb, 2.2 stl and 0.9 blk. The 2001-born 200cm tall forward is high level athlete with great run and jump ability. Has great potential as a defender and can defend multiple positions . He will be the key player for Konstantin on defensive end of the floor. In lack of height and length in Konstantin team he will be often in charge to batlle with tall inside players of opponents teams, and thanks to his athleticism he will be providing points in offense from drives and offensive rebounds.

This is going to be second season for Nemanja Blazic in Roda JLS. Last season he played for Mladost Veternik Odeon and helped them to finish on 7th place in the league. Sloboda NS will be making his Roda JLS debut and there is a lot of players that are pretty unknown to the general public and this is going to be great chance for them to affirm themselfs. One of them is definetely 2001-born 205cm tall Blazic who plays both inside position and who should be one of the key guys in Sloboda team.

Last season Radnicki Kragujevac finished on 9th place in Roda JLS. This season they decided to gather best juniors in Kragujevac, with exception of Aleksa Ristić but they make it up by bringing Stevan Jovanović from Smederevo, and perform like Radnicki 1950. Leaders of that team should defenitely be 2001-born 197cm tall forward Nikola Barać, who was one of the best players in Radnicki in Roda JLS last season averaging 8.8pts, 6.0 reb and 1.0 stl, and underage 190cm tall guard Andrija Bačarević who was one of the best guards last season in whole Triglav KLS.

One of the favorites for winning Roda JLS this season is defenitely Partizan NIS who will be loaded with a lot of talented players in the roster leading by two underage guards, Lazar Stefanović and Stefan Todorović. Stefanović is 198cm tall and he can cover PG and SG position. This will be his second year playing in Roda JLS as he had very significant role last season averaging 11.4 pts, 4.8 reb, 3.3 ast. He already manage to debut for Partizan first team last season and this season he will be play parallel Roda JLS for Partizan and KLS for Mladost Zemun on double license. New Partizan addition from Vizura, Stefan Todorović is 202cm tall guard and he can play all outside positions. This is his first season in Roda JLS. Best scorer of last year Triglav KLS together with Stefanović will present best guard due in the whole league.

In the absence of Aleksandar Langović and Marko Brekić who will probably play just improtant games for Mega Bemax, it’s expected that Mušikić be one of the leaders of this team. This will be his second appereance in Roda JLS as he had solid role last year averaging 7.8 pts, 3.5 reb and 0.9 blk. Mušikić is special talent who stand at 212cm and has incredible size and lenght. He still lack of strenght but it’s looks like he improve his toughness. He had summer off when it comes about national teams and he had chance to work on his game. He now became legit threat from 3PT line and we can expect see him shooting a lot of those this season.

This will be four consecutive appereance for Dynamic in Roda JLS. Last season they finished 5th and Đorđe Đorđević was one of the best players in the team averaging 9.9 pts, 4.8 reb and 2.0 stl. Award for good season for 197cm tall guard came in the form of call for U18 Serbia NT and he made it to the final roster and played FIBA U18 EC in Volos. This season he will be one of the leaders in this Dynamic team who has a lot of new guys in it. One of those new guys is 2002-born 201cm tall Matija Svetozarević who came from Italian powerhouse Varese. He is elite level size/shooter/athlete package and along with Đorđević it will present one of the most athletic and attractive backcourts in the league.

Marinos will be making its Roda JLS debut, but not Aleksa Đorđević. This will be second season for Djordjevic in Roda JLS. The 2001-born 191cm tall PG running the offense for Konstantin last year and had pretty solid season as underage player averaging 9.8 pts, 4.8 reb and 1.3 stl. This season he came to Marinos and with few more players from Konstatinin and made it to Roda JLS. He is very explosive and quick PG with great ball handling and good defensive instincts. As one of the most experienced guys in the team it’s expected to be vocal and scoring leader.

Last season winners of Roda JLS, Crvena Zvezda MTS are coming in strong roster again and they will have chance to win three titles in the row in Roda JLS. They have group of guys who are playing together for a while and they also added a few new guys. Captain and leader of this team is Nikola Manojlović. He is 200cm tall and can cover SG and SF positions. This summer he played FIBA U18 EC and averaged 4.7 pts, 3.1 reb, 1.1 ast. He will bring experinece and stability to this team and also he will be the go-to guy in the key moments of the games.

Bumbić will make his second appereance in Roda JLS, but with different team as he played last season for Mega Bemax. He decided to come back to his hometown Cacak and sign with Borac. Last season he in Roda JLS he averaged 6.7 pts, 3.9 reb and 4.3 ast. The 190cm tall PG is a true floor general and team leader. Utilizes PnR’s well, with nicely developed handles, sees gaps on defense and always looks for open teammates. This season Borac is having really good team and they can repeat good result from last season and perhaps make a step more and win one of the medals.

After a season off, Sloboda is coming back to Roda JLS and they will have some competitive group of guys and one of them is Martin Poznanović. The 2002-born 198cm tall forwar will be making his first appereance in Roda JLS. He was one of the best players in Triglav KLS last season and this season even he is underage he will be one of the leaders of this Sloboda team. He is verastile player who can cover both forward positions. Plays with a lot of toughness and physicality and gets most of his points from strong drives to the basket or second chances from rebounds. Thanks to his size and good athleticism he will bring much needed presence on defense for Sloboda. 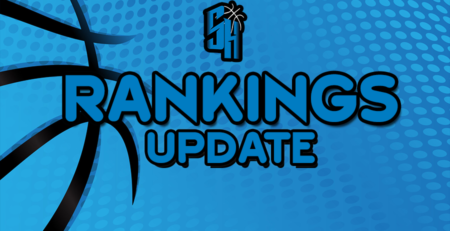 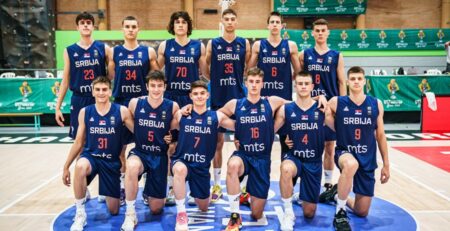