Alen was born in Belgrade, August 18, 2000. He is 208cm tall and plays PF position. He has spent the last 6 seasons at BC Beko from Belgrade, and he played at the high level for the past season and showed that apart from the physical potential, he is also a very skilled player and combination of those things makes him a NBA prospect. Last season, playing for BC Beko, he played in two competitions (Junior Roda JLS league, which scored 21.7 points per game with average 11.1 rebounds and 1.9 blocks, as well as in the 1MRL in Serbia, where he scored 15.9 points with 5.0 rebounds and 2.1 blocks per game).

On October 20, 2018, Alen Smajlagic was selected as 4th pick on the G league draft by South Bay Lakers, but he was traded right away to the Golden State Warriors branch, Santa Cruz Warriors, which makes him the youngest player in the history of the G league. Alen made his debut for Santa Cruz on November 3, 2018, scoring 3 points in 7 minutes he spent on the court.

First of all, I would like to present Alen as the future potential NBA player in the continuation of this text. If we take a look on the basic stats we could conclude that Alen is maybe not a real NBA potential, but so far he has played 31 games for SCW, and only three times he was in starting lineup. He played 17.5 minutes per game, scored 8.8 points, 3.3 rebounds with 1 assist and 0.8 blocks…

The first thing I noticed is that he actively participates in the defense, and it does it in a very dedicated way. He can switch on the smaller players on the perimeter and completely neutralize them. On low post he defends players very well, while with the players physically stronger than him he has problems. It is obvious that he has been improved physically compared to the last season, his hands are much quicker, his body is stronger and looks much more mobile. It seems that the style of the game in G league suits him, he easy transit from defense to offense and has ability to make a easily points from transition which is not a case so often for bigs. The thing he need to improve is to quickly grabb a defensive rebound and instantly start the transition and makes some coast to coast for himself. If we start from the fact that the G league level is on much higher level now, that the game is much faster and more dynamic compared to the league he played last season in Serbia and that in general he didn’t have to many high-quality games in the youth categories, we can say that it was quite good the beginning for his overseas career.

What could be noticed in the first part of the season is that Smailagic scored the most of his points from “Short Zone – 8ft”. From total of 203 shoots he took, 130 were from that zone, and 97 of those 130 were finished with a the lay up. What he miss out, and he shouldn’t is a 3 point shots. It is known that Smailagic has a range from 3PT, and in the current season he made 13 threes with percentage of 25%, so he need to attempt more often from the distance. With a mid range, the situation is critical, from 17 attemped shots he made only 2. As Alen is very mobile player for his size, he use isolation as a main weapon in the offense, and because of his mobility, he is very difficult to guard. The thing he need to improve is body control, where he during the driving lose balance very offten.  This makes him vulnerable and gives his opponents the chance to steal the ball. So the very positive thing is that there is a lot of room to improve in offense, firstly mid range shots, especially when he use it as a solution from the Post Up game.

Statistically speaking, the best game he played was when he had four days break between two games. In the NBA league, the pace is rising, precisely because of a tight schedule and a strong pace, he will need to have a quicker solutions in the offense, which definitely confirms that he will have to take more shots from the 3PT line, because this can be one of the main weapons in his game. Considering that he belongs to a group of mobile bigs, it will be very important to improve that segment of the game where he will have a chance to makes the points in the early phase of the offense and coast to coast plays.

The best game of the season, Smailagic played against the team that selected him on the draft, South Bay Lakers. Although his team lost the game, Alen recorded his second double-double performance in the season (25pts, 12reb) in a row. What is very interesting, despite the good games he provided in that period, Alen Smailagic didn’t perform two weeks later at the Winter Showcase in Las Vegas. He missed two games. Does that mean that Golden State Warriors count on a young Serbian player for the next season, so they didn’t want to show him the other NBA scouts? 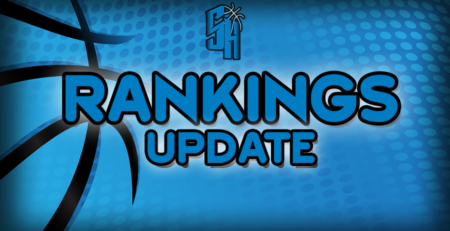