After great U16 European Championship 2017 were they took bronze medal, this year on World Championship in Argentina Serbia U17 team took a 10th place in final standings.

Serbia – Mali 89:77
In group stage Serbia also had a struggle to find their game. In first match against Mali, Serbia had problem in the paint with physiclly strong Oumar Ballo and Adama Sanogo and from outside Siriman Kanoute was torturing Serbian guards with his deadly crossovers and long disatnce shoots. He finish the game with 37 pts, but Mali team obviously haven’t scouted Serbian players and they left open on 3PT line so many times Serbian best player Đorđe Pažin that he use by scoring 29 pts with 7/13 from 3PT. Karapandžić and Tanasković, both with 16 pts, also had important roles in helping to win Mali.

Serbia – China 73:61
Second game vs China was a little better. Serbia controled the game from the start with great Q1 which they won 20:9, but still couldn’t make bigger lead and China was persistent and they were getting back in the game and even in Q3 take a lead at one moment. Serbia step up on the gas and through Pažin, Tanasković and Živanović take a game in quite finish .

Serbia – USA 61:93
Third game in the group vs USA was obvious that Serbia started with a certain dose of fear and respect towards to USA team. USA is much better physical and athletic team than Serbia, but to compete with them on their aggressive game must be answered aggressively. Serbia didn’t have that.  38 turnovers is too much to do anything more than they did.

Serbia – Turkey 68:87
In 1/8f Serbia were playing vs Turkey. Litlle less than month ago in preparation for WC this two teams played two games were Serbia suffer two hard losses 80:58 and 78:52. However this was expected to be whole different game and the start was promising for team Serbia. After Q1 they had a lead 26:12. Great first quarter for Serbia, Pažin was great scoring 12 pts in the quarter. Then Serbia just stopped. The next three quarters Turkey won. They play very good defense were Serbia failed to find a solution for their 2-3 zone and in offense they were patience and through great Sengun and Kurtudulum take over a lead in Q3 and won the game 87:68.

Serbia – New Zealand 78:51
New Zealand coudn’t parry Serbia in this game. It was obvious difference in quality betwwen this two teams. Serbia won every quarter and made a routine victory. Aleksej Pokuševski was really good in this game with double double 21 pts and 11 reb. Đorđe Pažin also stands out with 21 pts.

Serbia – Argentina 74:54
Another convising victory for Serbia this time against host team Argentina. From the start Serbia put on their tempo and controled the game. Good team contribution from all players. Every player who got a chance to play scored a basket. Pažin and Langović had 11 pts, while Vasić added 9 pts.

#2 Aleksej Pokuševski  7.7 Pts, 8.3 Reb, 3 Blk
Pokuševski joined to Serbia training camp only one week before WC and had litlle time to fit in the team. This tournament was full ups and downs for him. Maybe the one of the reasons was that the Serbia NT coach Slobodan Klipa had problem to find him a right role on the team, but regardless that Pokuševski was the best rebounder of the team (10th overall) and best blocker of the WC. We have chance to see flashes of his potential in some games but the thing that worries is that the weakest games he played on tournament was against best teams (USA and Turkey).

#6 Stevan Karapandžić  6.9 Pts,  2.6 Reb, 4.6 Ast
Starting PG of the team. Played very good first two game vs Mali and China. Did a good job running the offense and finding his teammates and also shoots very well behind the arc. Against USA team he didn’t find solution on their press and trap defense. He had problem against phisiclly stronger USA guards. Had 5 turnovers in that game. He must add some aggressiveness to his game . Had only 2 pts in matches vs USA and Turkey. In last three games he also didn’t have noticed performances.

#7 Đorđe Pažin  15.4 Pts, 2.9 Reb, 2.4 Ast
The best player and scorer of the team. Pažin is a pure shooter. He was making 3 3PT per game with excellent percentage 39.6%. Nice and quick shooting stroke allows him to be effective from catch and shoot situations and also shooting coming out of sceens. Squares up on the move and gets his feet set quickly. We didn’t  see to many driving and slashing ability from him and that could be a problem in future. He relies too much on his shoot. Against Dominican Republic he didn’t have his shooting night and he went only 1/10 from 3PT and didn’t have impact on the game at all.

#9 Lazar Živanović  2.6 Pts, 2.6 Reb, 1.1 Ast
Živanović usualy had defensive tasks where he was in charge to guard the best opposite players and he did a good job at that thanks to his athleticism and aggression. In offense beside couple good dunks we didn’t see that much from him. Only 20.6% from FG, 0/9 3PT and he shoot only 36.4% from FT line. He must develop his offensive repertoire.

#10 Lazar Vasić  4.7 Pts, 2.0 Reb, 3.1 Ast
Vasić was a back up PG in this team. Very effective player in offense. Best as a spot up shooter. Also creates tons of space for others thanks to his ability to penetrate and leaves open teammates. It was expected that he brings points from the bench for Serbia , but he wasn’t aggressive enough and didn’t have very good shooting tournament (25,9 % 3PT) .

#11 Aleksandar Langović  9.1 Pts, 7.0 Reb, 1.0 Blk
Langović was disappointing in first two games vs Mali and China, but then vs USA showed his potential by scoring 15 pts and 4 reb. Probably the only player in Serbia team who could parry USA players with physicality and athleticism. He was the best player in the match vs Turkey with double- double 18pts and 13 reb, but that wasn’t enough to win. Langović was always great rebounder and good on defensive end of the floor, but he improved a lot when it come out to his shoot. He is now reilable strech 4 who can make a three ( 33,3% from 3PT). Excepting that, he is still need to polish his low post skills and still has struggle to put ball on the floor.

#13 Aleksa Marković  7.4 Pts, 4.4 Reb, 1.9 Ast
Aleksa Marković was the most constant player in Serbia team. He did a lot small and useful things for his team. He is not that good athlete but he is very strong player and big fighter. Had 1.7 offesive rebounds per game, and also had big impact in defense. Still need to work on his shoot. Didn’t make a single three pointer on tournament.

#14 Dušan Tanasković  9.4 Pts, 5.3 Reb, 1.3 Blk
Starting C and second best scorer of the team. Big guy who plays well in the paint . Has soft touch around the rim and good post skills. Still needs to add mid range shoot to his game. His best game was vs Mali where he scored 16 pts and grabb 9 rebs and also did a great job in guarding Oumar Ballo. He also did a good job protecting the paint.

#15 Nemanja Popović 5.0 Pts, 3.3 Reb, 2.0 Ast
Popovic didn’t quite found his role in this team. After very good EC last year where he was one of the most pleasant surprises, now he was pretty much disappointing on this WC. He was planed to be third big in rotation coming off the bench, but then Pokusevski showed up and coach Klipa didn’t manage to find right roles for all four bigs (Popović, Pokuševski, Tanasković, Langović) and he could’t get a full contribution from any of them. Popović at least find himself in this rotations and he had the worst +/- in the team – 3.4. 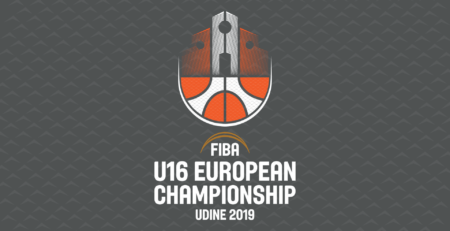 The last FIBA youth event is only two days away. Division A U16 European Championship will take place in... read more 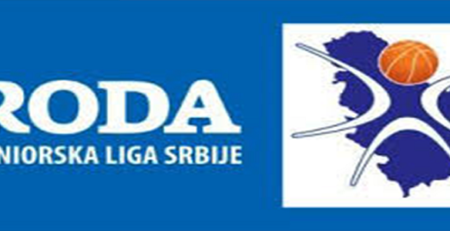 U19 Roda JLS prematurely ended up duo to COVID-19 pandemic, but however we had chance to watch almost whole... read more 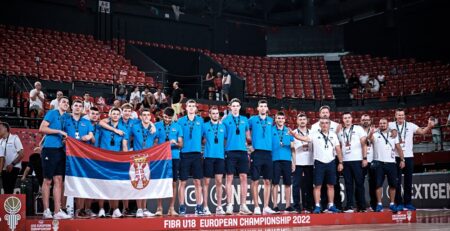