We present you the first look into 2004 generation. Take a look who are the best prospects from this generation:

Vuk Bogunović is #1 prospects in our ranking list. This 6’6 forward with excellent body is playing for Sports World. Unfortunately couple months ago he had knee injury but he sholuld be back on court soon. #2 is Ilija Milijašević, who transferred this season from Mladost Zemun to Partizan. At the moment the most complete player in this generation. Extremely mature for his age. Pavle Stošić is #3 player in the list. Player who stand at 6’7 is now playing his second season in Real Madrid, he get used to the system and life there and it expected to improve himself much more than in the first year. #4 is Marko Krstić 6’5 player who can play on multiple position. One of the best athlete in this generation. He made a good choice coming from Kladovo to Vizura, where he is probably going to play for U17 team also. Filip Borovićanin is #5. Good physicall potential and great basketball skills. Plays for Beko. Đorđe Ćurčić is ranked #6 on the list. He transferred from Mladost Cacak to Borac Cacak this year. 6’1 guard with great competitiveness and leader ability.  #7 is Nemanja Šarenac. One of the best shooters in this generation. He comes to Partizan this season from Div Basket. Nikola Đurišić is #8 on the list. He is Mega Bemax player. Last year he had an important role as a year younger, this year he is going to be a team leader. Can play equally good inside and outside. #9 is Velibor Milovanović. 6’5 forward who plays for Buducnost Bijelina. Good size and athleticism. Player who made a big improvement in last couple months. Filip Radaković is #10 ranked player on the list. 6’3 guard/forward who transferred to Crvena Zvezda from Div Basket. Physiclly strong player who is very versatile on offense. Very good on defense, too. 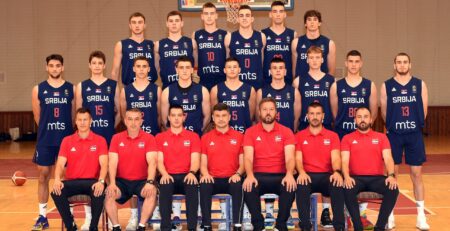 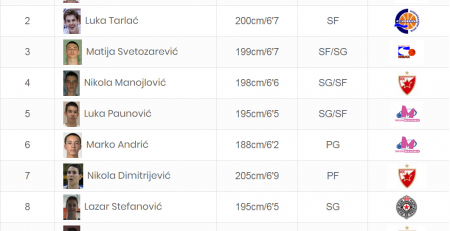