The new season of the Basketball League of Serbia (KLS) began this weekend. The league is never younger, which is certainly good thing. A lot of young and talented players are in the league, and we decided to pay attention to young Serbian U20 players (2000 and younger) and see what their roles will be in the teams and what we can expect from them.

One of the best players at the recently completed U16 EC this season has decided to leave his club where he started, Zitko Basket, and move to Mladost from Zemun. It is sure that it will also mean a lot because along with him, coach Dragan Jakovljevic, who will lead the first team of Mladost, has passed from Zitko. Although still a cadet, Belic has experience playing senior basketball because he played the 3rd  Serbian League for Zitko Basket last season and has shown he can handle senior players. KLS is a two-rank bigger competition, but it is certain that Belic with his constitution and strength can respond to the level of competition and it is quite certain that he will have great confidence and freedom in the game to show all his skills. In addition to the senior team, Belic will have a chance this weekend to participate in the qualifications for JJL with the Mladost junior team. 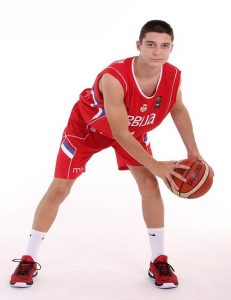 Stefanovic will be one of the two Partizan players to play dual license for Mladost Zemun this season, so he returned to his home club where he started playing basketball and was honored to even be captain of this very young Mladost team . Exceptional progress has been noted with Stefanovic in the last two years. After the U16 EC, where he was the most pleasant surprise, last season, although still a cadet, he mostly played for the Partizan juniors and joined the first team where he even got a chance to make his Superliga debut against Tamis. What is certain is that Belic and he, with the help and experience of Aleksej Nesovic, should be the backbone of the team and gain invaluable experience. It is interesting that Stefanovic and Belic will play together in the squad this weekend, but also against each other, because in addition to the first round of the KLS league, they will also be playing qualifications for the JJL of Serbia where Partizan and Mladost will meet in the group. 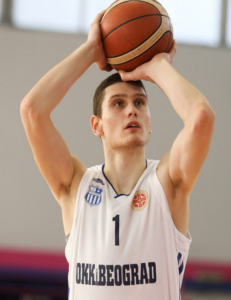 Second season for Langovic in OKK Belgrade team. This season, he will be dual-licensed as a borrowed player from Mega, so in addition to the chance to compete in minutes in the ABA league in Mega’s jersey, he will also play KLS league for OKK. Already last year, he has signaled to some very good players that he can easily handle the competition in KLS, and this year he is expected to lead this even younger OKK Belgrade team and be one of the best young players in the league. In addition to the great physics he has always had in the last year, he has made great strides in the half-distance shot and by three points. This season at KLS will be a great opportunity for him to work on improving his game, gain invaluable experience and build confidence to reach the ready ABA league level next year. 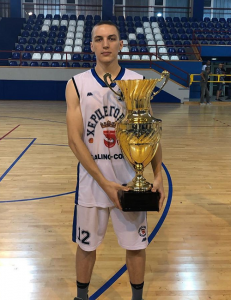 Last season he led Vojvodina to the U17 RKS KSS title where he was selected as the best player. He has secured a placement in the JJL this season with the juniors of Vojvodina, and in all likelihood, the senior team will have plenty of room to play considering that Vojvodina is the youngest team in the league and team will make up of large number of juniors. With that, a lot of guys will have a great opportunity for affirmation, and one of them that might come as a surprise is definitely Kumovic.

Metalac will have, never younger team in the last few seasons. One of those younger players who should get a chance is certainly Vasiljevic. He came from Dynamic this season. He played already 2 KLS seasons there, but with a modest amount of minutes. In Metalac, he should be the first option in the racket, along with Stepanovic as Metalac enters the season without a classic 5, and it is expected that Vasiljevic has a great minute and covers both inside positions. After two seasons of gathering the experience of playing KLS and learning, this may be the first season in which Vasiljevic will be given a fair chance to show his potential. 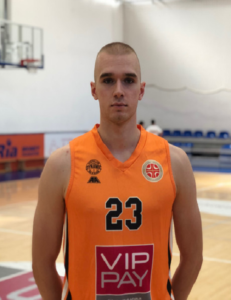 After a not so good first professional season at FMP where he was expected to get more space as one of the biggest potentials in his generation, Paunovic decided to leave FMP and CZV and sign for Dynamic. At Dynamic he will have a great opportunity to get more significant minutes in senior basketball and also to study with experienced veteran Ivan Smiljanic who can certainly help him a lot in adapting to the senior level. It’s realistic to expect that he start as a back up player and during the year to gain more and more minutes. 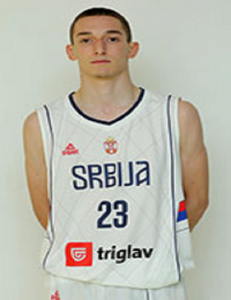 Considering that Vojvodina will play with an extremely young squad and Srajer will be one of the oldest and most experienced players on the team, it is expected that he will get a large space and be extended by coach Socek on the field. Srajer, who has been on the youth Serbian NT lists couple of times, was given the opportunity to feel the magic of the KLS league last season, but it was an extremely small minute with a small role. The former Petrovgrad player expects significantly more minutes on the floor this season with a much bigger role and this season could be a great springboard for his further career.

Crvena Zvezda player who will play KLS this year as a loaned player for Tamis. Vasic went through the Crvena Zvezda system and was a member of all selections of Serbia’s younger representative categories. This will be his first senior season. She has a good situation in Tamis. He is a player who can cover both positions and Tamis does not have too many players in those positions, so it is to be expected that Vasic will have solid minutes in his first KLS season and will have a chance to show up and possibly choose next This season he is part of FMP and plays ABA league. 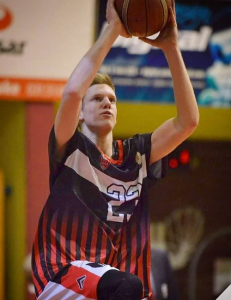 Cubic is one of those players who was not so much on the radar in the younger categories, but with constant progress he was able to break even and get to the U19 squad that played in the WC this summer. He got fine minutes in the KLS League last year, and especially later in the Superleague. The reason why this might not be his season is the extremely ambitious squad of Sloboda, where they brought in Dusan Kutlesic, two Americans, to retain Tadic Tadic, and the excellent Stefan Simic. However, it is to be expected that Cubic has a back up role this season, to learn and progress with Kutlesic and Simic, and to fight for as much minutes as possible. 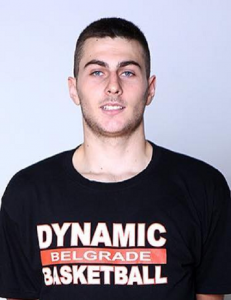 Another U19 Serbia national team player. This season he moved from Dynamic to Vrsac. In Dynamic’s jersey made his debut in the KLS league 3 seasons ago, but he didn’t get a significant chance during that time. Last season, he was loaned to Proleter to play the B League where he had very good numbers and surely it meant a lot to him to gain confidence and generally improve the game. He has decided to change his midfield this season and will play for Vrsac this season. He could also play some bigger minutes at position 4 in the Vrsac team, since the outside positions are very well covered, while the position 4 lacks players, and due to his versatility, Grbovic can cover both wing positions. 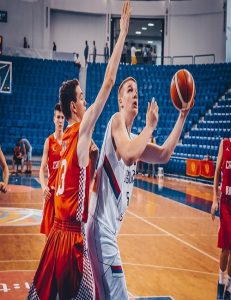 The player that Crvena Zvezda, along with Vasic, loaned to Tamis for this season. A great step for him to feel for senior basketball, first and foremost physically, and to adapt to it. Pavicevic is a player who with his talent can easily cover both inside positions and be very useful, both on offense and defense. Unlike Vasic, Pavicevic has a bit more competition in the inside positions in the form of Predrag Prlja and Aleksa Cabrilo, but surely he can learn a lot from them and will have his chance to show his full potential. 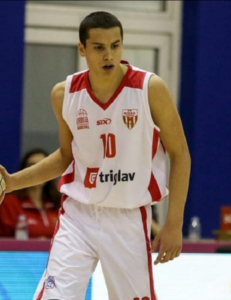 It was somewhat surprising news that Bumbic was returning to Borac from Cacak. After just one season at Mega, he decided to return to his home club and make his first senior steps there. With the departure of Ognjen Mićović to Lovćen and the retirement of Marko Marinović, who will lead Borac from the bench as a new coach, the vacancy of a playmaker in the Borac team has become vacant and Bumbić has decided to return and fill that vacancy. It is hard to expect some big minutes or a big role for Bumbic right away in his first season, especially with the signing of the Americans at the PG, as well as Alikadic and Kocovic, but if one can recognize the talent and give him a chance then it must be Marinovic, who played the position himself, and judging by the rejuvenation of the team it is obvious that he is determined to give the young guys a chance too.

Last weekend, leading clubs from the region competed in the qualifying stage for the final U19 ABA tournament... read more