The new season of the Basketball League of Serbia (KLS) began last weekend. Same like last season there is a lot of young and talented players are in the league, and we decided to pay attention to young Serbian U20 players (2001 and younger) and see what their roles will be in the teams and what we can expect from them. 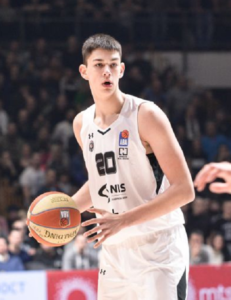 The guy born in 2001, who made his debut for the first team of Partizan, spent last season as a player of Mladost and left more than a good impression. As one of the youngest players of his team, Tanaskovic recorded enviable numbers with 10.2 points and 5.5. He was among the leaders of the Zemun team’s game last season. It is clear that nothing less is expected from Dušan Tanasković in the new season, which he enters with far more experience, but also with a new challenge in the form of the ABA 2 league. 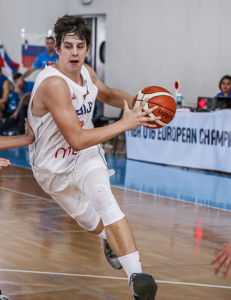 Although he was supposed to be a cadet last year, Belic has a very good debut season in KLS behind him. The 200cm tall wing fit perfectly into the team led by Dragan Jakovljević, the coach who coached him in Žitko Basket. The 17-year-old finished his first professional season with 11.5 points and 4.3 rebounds per game and showed what potential he is talking about. Matija is already expecting to prove himself on the higher ladder this season, that is, his appearance in the already mentioned ABA 2 league. There is no doubt that one of the biggest prospects in his generation will get even more freedom in the season ahead and continue to raise his game to a higher level. 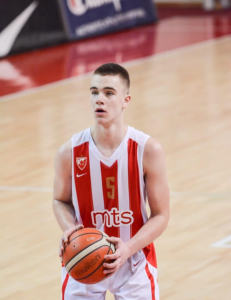 After signing a professional contract with the Red Star, he was forwarded to Tamis on loan, where he will play senior basketball for the first time. Nikola is a player who can cover SG/SF positions equally well and who was chosen in the ideal five of  the last ANGT tournament “Marko Ivković” with the score of 14 points and 5 rebounds and 5 assists, he comes to the team from Pancevo with the epithet of one of the most talented outside players born in 2002. Nikola is known as a very versatile player and a great worker on the court, but also an excellent defender. First of all, Manojlović will get enough minutes in Tamiš to adapt to senior basketball, and it can certainly be one of the more pleasant surprises of the season. 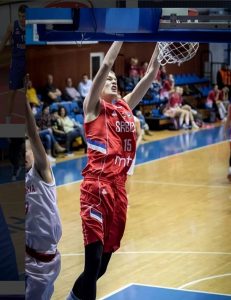 After a more than successful junior career in the Mega jersey, he signed a professional contract with the Belgrade club, while he will spend his first professional season in Mega’s development team, OKK Belgrade. The guy who grew up in Kraljevo will certainly have a lot of minutes and enough room for error, because OKK Belgrade is not burdened by the pressure of the results, which are great circumstances for a young player. The 213cm tall center already in his first senior season bears the epithet of one of the best young players in inside positions and it will be very interesting to follow his development in the senior competition. 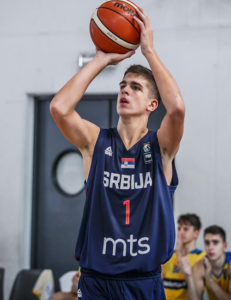 One of the most talented, if not the most talented player of his generation, Nikola Đurišić, will make his debut in KLS at the age of only 16. Like Mušikić, Đurišić will perform his first professional steps under the baton of Branislav Ratkovic and will certainly be one of the most important players of the Belgrade team. With his constitution and strength, along with his undeniable talent, this sixteen-year-old should have no major problems physically coping with far older KLS players. Nikola will almost certainly play with a lot of the ball in his hands and have the opportunity to create from position 3, which certainly makes him one of the most interesting young players to follow in KLS. 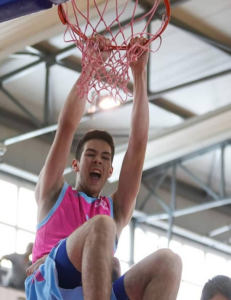 Paunovic is another pearl of Mega who, after signing a professional contract, got the opportunity to play KLS in the OKK Belgrade jersey. Paunović plays as a guard, he is physically at an extremely high level for a player of his age, so adjusting in that aspect should not be a problem. Although the debutant, as well as Đurišić and Mušikić, it is to be expected that with the just mentioned duo he will be one of the players with a more important role for his team this season, especially in the defensive part because defense is one of his main virtues. 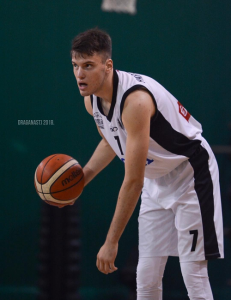 After the junior dream season, he signed a contract with FMP, but it was estimated that it would be best for the young guard to spend the beginning of his senior career in KLS in the Sloboda Užice. Last season, Pažin scored 10.5 points with 2.5 rebounds and assists and showed that he is ready for senior basketball. The former junior of Partizan is entering the season ahead of us, more experienced in one year of senior basketball, with the goal of raising his game to a higher level and thus showing that he deserves a place in the ABA league and  in the FMP Zeleznik.

Aleksej Pokuševski was born on 26. December 2001. in Novi Sad, Serbia. He is one of the most talented... read more

In Valjevo Hall of Sports in the period from 23-25. March will be held the 7th Junior basketball tournament... read more