In two months this generation is expecting big test on U16 European Championship. They are going to see where are they in comparision with others European players from their generation. Mihailo Mušikić lead this generation as #1 prospect. 6’11 center showed some versalite skills unusual for big guy. He can pass, he can put ball on the floor, start the transition, moves really well for his size, very talented player. Luka Tarlać has basketball roots by his father Dragan Tarlać. Very athletic player for European standards, he imporved  his ball handling and shooting a lot this season. Maybe he still can’t contribute right away because his talent and skill level are at the beginning of development. Matija Svetozarević didn’t improved a lot this season. The problem could be smaller club with no appropriate competition, same problem like Tarlać has. Has potential obvious but he didn’t really improve any aspect of his game. Nikola Manojlović didn’t have a problem with competition. He played the highest competitions in one of the best clubs in country where he also got chance to play U19 league that for sure helped him to gain more experience and confident. Luka Paunović and Marko Andrić adapted well in their first season as cadets. They had important roles helping Mega Bemax to won third place in U17 League. Nikola Dimitrijević is 6’9 PF/C with soft touch from mid range and around the rim as well. His body is way from develop but has nice frame which should fill out nicely over the years. Also need to work on his explosiveness and strenght. Lazar Stefanović improved the most from this guys in top 10. Firstly he grew over 4 inches in just a couple months, then he adjust well in Partizan team and even got a chance to play some minutes on ANGT in Belgrade. Nikola Blagojević also had noticed role in this year U17 Triglav KLS. Strong, well-coordinated and mobily body. Doesn’t have ideal size and lenght at 6’7 for PF. Stefan Todorović was leader of Vizura in U17 Triglav KLS this season. A pure shooter, shot very well from 3PT line. Smooth shooting stroke with proper form, rotation, and arc. Very good in Catch and Shoot situations and also shooting coming out of sceens. Defense is need to be improved.

Jovan Savić had outstanding year in Germany. He plays for Oldenburg where he came from KK Srem. In his first season he averaging 21.7 pts and 10.1 reb in U17 JBBL. With 6’7 has good size for a guard position and possess adequate constantly improved strength. He is solid athlete with good defense potential. He has proper shooting stroke but need to work on quicker release.

Sasha Vujisić is very interesting player. Standing at 6’10 with solid wingspan and lenght. Super agile for his size. Impressive footwork and body coordination. Can guard post up players effectively and provide good support on PnR switches. Good timing as a shot blocker and gets off the ground quickly. Isn’t afraid of physicality and plays well through contact. Crashes offensive boards after nearly every missed shot. Needs to improve his offensive skill set especially ball controling, shooting and post moves.

Lav Cvetković is 6’6 forward from Partizan. Solid body with good length. Has long strides and covers a lot of ground while moving on both ends of the floor. Shoot is his primary weapon but he also does a good job in changing directions while driving to the basket. He lack of strength and that is a problem when he is facing with physical stronger palyers.

Đorđe Urošević is 6’3 combo guard from Spartak. He can play well as primary PG but he also can be effective coming out of screens. Has the ability to start the fast break and even make some coast to coasts. Shows some variety, can score in a different way each possession. He can create his own shot. He loves to play through contact and has strong body to absorb it when going to the basket. Isn’t great athlete,  vertical component is lacking. 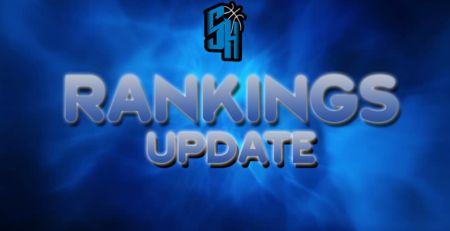